Travel from Nigeria to Japan - information you need to know This article is a Japan travel guide as well as Japan travel advice for Nigerians who are thinking of travelling to Japan. While would a Nigerian decide to travel to Japan? It could either be for education, vacation, business, visit, or even to learn a foreign language such as the Japanese language.

Japan is a country that is blessed with a rich cultural heritage as well as world-famous attraction sites that bring people to the country every year. As a tourist, visiting Japan will take you aback because some of the world's historic cultural sites and most beautiful natural features and located in Japan. No wonder the Japanese territory made quite a number of the UNESCO World Famous Heritage List.

That said, you can't travel into another country without being legally approved by the ministry of foreign affairs of that country resident in your country. For example, if you must travel to Japan from Nigeria, the Japanese embassy in conjunction with the ministry of foreign affairs must clear you before giving you the go-ahead to their country. There is required information they will need from you before granting you access into their country. As you read on in this article, all the information needed as a Nigerian to travel to Japan will be revealed to you. 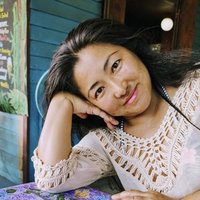 First thing first - Getting your Japanese visa as you travel Japan

While nationals from countries like the United States, United Kingdom, Italy, New Zealand, Hong Kong, the Schengen countries, and a host of others can travel and stay in Japan with just a valid international passport (although the number of days or months to stay is limited), countries like the Federal Republic of Nigeria don't have non--immigration privilege. As a Nigerian, you must contact the Japanese embassy and immigration office in Nigeria and must be approved before being able to travel to Japan.

In addition to your international passport, there are other documents you need to include in your application form when putting in for a Japanese visa. There are different types of visas you can apply for as a Nigerian living in Nigeria - this depends on why you are going to Japan. The following below is a summary of the categories of visas available for Nigerians who want to travel to Japan:

Student visa: This is for those going to Japan to school. Japan has some of the best universities in the world that attract student from every corner of the globe. As a Nigerian, you need a student visa to be able to gain entry into the great country of Japan. Please note that for you to have a wonderful experience in Japan, knowing how to speak the Japanese language at least to a reasonable level would be required.

Business visa: Do you have a business partner in Japan you need to contact physically? then this is the kind of visa you need to put in an application for.

Visit visa: This is for those who have family or friends that reside in Japan. If you want to visit a friend or family member in Japan, you will have to apply for a visit visa.

Tourist visa: The tourist visa tends to be most popular of all visas into Japan because millions of tourists all over the world visit the country every year to catch a glimpse of some amazing sites. If you are travelling to Japan from Nigeria and your purpose of travelling is for vacation and sightseeing, then you need a tourist visa to be granted entry into the country.

Processing your visa takes some few days to weeks, depending on the type of visa you are applying for. The Murtala International Airport, Lagos and Nnamdi Azikiwe International Airport, Abuja are two places to board your flight to Tokyo, Japan. You can buy your air ticket by using any of the online air ticket services. Getting travel insurance Japan would also be a great idea because you never can tell what lies ahead.

Read more on how to apply for Japanese visa.

Having talked about the number one requirements needed to enter Japan from the Federal Republic of Nigeria, it is now time to look at the exciting things to keep you thrilled as you travel in Japan.

Japan Travel - the biggest cities to visit in Japan

Japan has a population size of about 126 million people. Though not up to what we have in Nigeria (Nigeria is roughly 200 million in population), the development rate in Japan is non-comparable to any state in Nigeria or even countries in the world. With the capital of Japan being Tokyo, the city of Tokyo has what it takes to rub shoulders with world-renowned cities such as New York, London, and Paris.

For those looking for places to visit in Japan, the following below are the biggest cities in Japan with lots of cultural heritage and physical features embedded in them.

Some of the famous emperors of Japan

The Japan Imperial House is one of the oldest that is still in existence. The Monarchical house dates back to around 660 BC, during which hundreds of Emperors have come and gone. Although all emperors have the ruling power, some were more famous than the others in terms of involvement in wars and controversies.

The first emperor Japan ever had was Emperor Jimmu. He was seen as a descendant of one of the most prominent gods in Japan, the Storm god and sun goddess. The Japanese royal house has been a hereditary seat for thousands of years, and the first son of the ruling monarch is usually the crown prince and heir apparent to the throne. Below are the most famous emperors in the history of Japan.

Here is a full list of the famous emperors of Japan that left remarkable impacts.

Historic sites to visit whenever you find yourself in Japan

As a Nigerian, the best time to travel to Japan is during summer when the weather is mild. Getting these japan travel tips and information will go a long way in helping you get the best experience from your travel. Having said that, Japan is blessed with magnificent structures and culture that will keep you entertained no matter how many days or months you choose to spend in the country. Below are some of the best places to visit in Japan for sightseeing and learning about the history of Japan:

Read more on the most famous Japanese landmarks to visit whenever you step in Japan.