"Each particle of matter is an immensity, each leaf a world, each insect an inexplicable compendium." -Johann Kaspar Lavater

Understanding scientific disciplines can be a complex concept for some. Biology, chemistry or physics may have been the classes past secondary school students dreamed of skipping, moreover, for several scientific brains understanding the laws of physics was pure entertainment.

Acquiring a knowledge of the fundamentals of physics can be very useful in everyday life. Specific attention and effective comprehension of the particle model of matter at a young age can prove to be convenient due to the fact that everything is made up of matter and it is everywhere around us; we simply cannot escape it!

Therefore, studying physics as a GCSE subject can set students up for a career of scientific excellence.

Due to the fact that there are five exam boards currently operating in the United Kingdom, there are many GCSE Physics Syllabuses available. Nevertheless, we will focus on the physics syllabus provided by the Assessment and Qualifications Alliance (AQA).

Superprof is here to show pupils contemplating the GCSE Physics option what exactly is considered in the third topic of particle model of matter. Get ready for a wild ride aspiring scientists! 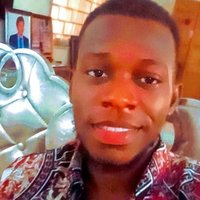 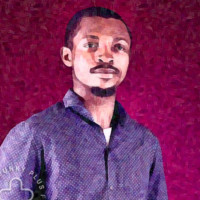 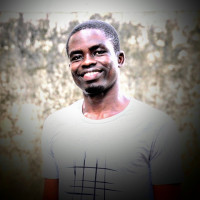 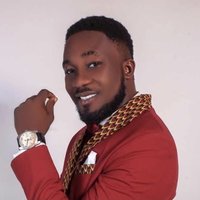 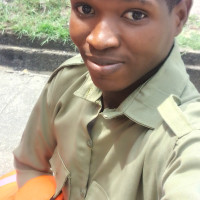 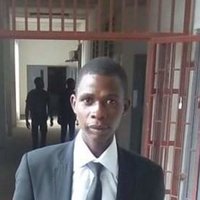 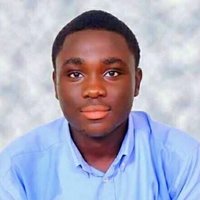 In order to get started, it is of the utmost importance to define what matter is. Matter is made up of small particles called atoms. These atoms can exist on their own or together as molecules. Atoms are extremely small in size and approximately 100,000,000 take up a space measuring one centimetre.

Human beings are made up of matter and are obviously larger than one centimetre in size, therefore, we are the result of a countless amount of atoms.

To understand how matter is composed we need to comprehend what density is. Density can be summed up as follows: its the amount of mass per unit volume. Since all matter has particles, density is also used to describe how closely the particles are packed into a solid, liquid or gas.

For example, solids are tightly packed into a regular structure. Liquids have a little bit more space to move due to the fact that they are still tightly packed but can move around each other. Gases have the most freedom since particles are spread out and move around randomly.

If you change the state of a matter the overall density will be transformed and be different from before.

Sometimes there is very little difference between a liquid and a solid. Take the example of water and ice, the particles are tightly packed in both states. It is important to note that density also depends on the material being used.

Since physics is a scientific discipline, density can be calculated in a logical way by using a simple equation:

(The above images are courtesy of bbc.com/bitesize/guides)

Although the general equation uses kilograms and metres, it is normal to find some scientists measuring with grams and centimetres.

In order to correctly calculate the density of an object, the volume of the material needs to be known. The volume of certain shapes such as the cube, sphere, cylinder and cone can be found using simple formulas.

If the object has an irregular shape that cannot be measured mathematically, a displacement can must be used to determine the volume.

How does one use a displacement can?

It is important to state that the amount of water in the measuring cylinder and in the displacement can should be the same.

Since physics is a scientific discipline, scientific experiments are to be expected. Students going through this section of the GCSE Physics Syllabus have the task of investigating density in their required practical.

The aim of the experiment is to measure the density of various materials. This can be accomplished using a measuring cylinder and a displacement can.

Your physics and maths tutor would be delighted to conduct such experiments with you!

As we previously saw above, in everyday life there are three states of matter: solids, liquids and gases. Changes to these states are caused by a change to the internal temperature.

Adding or removing energy from a material can cause its state to change. Some examples of this include the melting of ice (it went from a solid to a liquid) and the boiling of water (the liquid evaporates after constant contact with heat).

Throughout all changes, the number of particles remains the same. The only things that differ are the spacing and the arrangement.

Fallen behind your revisions? Catch up on your Alevel Physics online.

After a material is heated or cooled, there are some notable changes with the particles that may happen within the material. The two changes are as follows:

In layman's terms, the internal energy is the complete amount of kinetic energy and potential energy of all the different particles in the same system.

The conservation of energy signifies that any energy transferred to a material will be distributed between the chemical and thermal store of the internal energy.

The Energy and the Temperature

It is very important to note that internal energy is quite different from the temperature.

Internal energy is the measurement of all the energy of the entire amount of particles in the object or substance. This includes kinetic energy. Whereas the temperature is a measure of the average speed of the particles.

A good way to understand this is by boiling two different size pots of water. The large pot of water will take more time than the smaller one due to the fact that it takes more energy to raise the temperature of a large amount of water. The smaller pot has a bigger rise in temperature because the same amount of energy has been given to a smaller number of particles.

My physics and maths tutor illustrated this concept so clearly!

The change in temperature of a system depends highly on the mass of the material, the substance of the material and the amount of energy put into the system.

Determining the specific heat capacity of a material is done by calculating the energy needed to raise one kilogram (kg) of the material by one degree Celsius (°C).

Some materials such as brick have a higher heat capacity than lead. An interesting fact that pupils of the GCSE Physics Syllabus will learn is that the longer it takes to warm up a material, the longer it will take to cool down completely.

Calculating the amount of thermal energy that is stored or released as the temperature of a system changes can be done using a basic equation:

The energy that is needed for a particular change in state is given by the specific latent heat. The simple definition of specific latent heat is the amount of energy necessitated to change the state of one kilogram of material without changing its temperature.

Since there are two boundaries of change, solid/liquid and liquid/gas each material has two specific latent heats:

Some may ask, how does one measure latent heat? Well, it is done with the help of a cooling or heating curve line graph. The graph has two horizontal lines and they are utilized to identify the places where the energy is not being used. The longer the line, the more energy that was used to provoke the change of state.

At times there may be something known as multiple changes and this occurs when the internal energy of a material will cause it to change both temperature and state. In this situation, both equations can be used.

Gases are scientifically proven to take up more space than solids or liquids and they move a lot faster in random directions. The speed of the particles is faster than those in liquids or solids and it does not take much time to spread out into the whole room or place.

Since movements are very fast and random there are many collisions in gas particles.

Gas pressure can be calculated using a very simple equation:

(The image above is courtesy of bbc.com/bitesizes/guides)

The pressure (p) is measured in newtons per metre squared, force (F) is gauged in newtons and area (a) is calculated in metres squared.

The pressure of a gas increases as its temperature rises. The gas particles will be traveling faster and will collide with more force against the barriers of the container or vessel.

When the temperature is higher, the average level of kinetic energy is elevated. Pressure is directly related to temperature when it comes to gas.

In the past, scientists have discovered the correlation between pressure and volume. If the pressure is increased, the volume will decrease.

An equation was developed to maintain a fixed mass of gas at a constant temperature:

(The image used above is thanks to bbc.com/bitesizes/guides)

The pressure (p) in this equation is measured by using pascals and the volume (V) is calculated in metres cubed.

If the temperature of the gas stays the same, the pressure of the gas increases as the volume of the vessel containing the gas decreases.

This can be better understood using the example of a helium balloon. If it is squeezed it will get smaller in size and this is a consequence of the fact that the same number of particles collide with the walls of the balloon at a more frequence pace since there is not as much room as before.

Pressure can be increased by either increasing the temperature or decreasing the volume. If the volume of the gas has decreased, the pressure will increase and this is due to the fact that the particles are moving about in a smaller container which causes them to collide more often.

If there is an increase in the internal energy of the gas, the temperature must increase. This can be understood by studying a bicycle pump and how it gets warm when it is used to inflate a tire.

Mechanical work transfers energy from the person or the machine's store of chemical energy into the internal energy store of the gas.

Knowing what to expect on an exam can enhance overall performance due to increased confidence. There are various different types of questions that can be observed on a GCSE Physics Syllabus assessment. The following are examples of these questions:

This third topic of the GCSE Physics Syllabus is varied and intriguing for students of all backgrounds. Knowing more about matter, density, temperature changes and the particles in gases can be useful information for everyday life.

Before choosing to study the GCSE Physics option it is recommended to know what the other topics are such as energy, electricity, atomic structure, forces, waves, magnetism and electromagnetism and space physics.