BlogLanguagesLatinLearn Latin To Be The Best In Class!

The A-levels exams this year have been the subject to many controversies.

The new version of the test was rolled out this year and many students pointed out mistakes and incoherence in the papers they were given.

It also seems that the overall requirement to obtain the very sought after A*, have been brought down to palliate to the fact that most of the students have reported being under-prepared for the exams due to the lack of practice papers or textbooks being out of date.

But amongst all the students taking the A-level exams this year, less than 1,500 took Latin as one of the subjects.

It is not surprising since Latin was taken out of the mandatory curriculum in 1988.

Because classics such as Latin and Greek are now mainly taught in independent and grammar schools, academics deplore that the study of these classics is now part of an elitist education.

Is it still true today or could Latin be accessible to all? 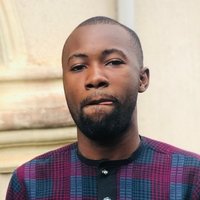 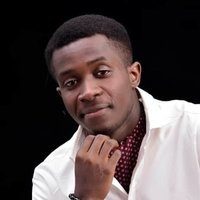 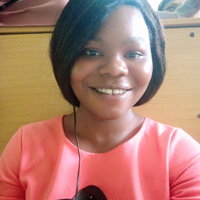 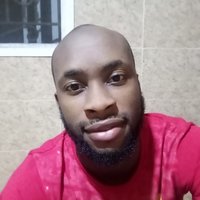 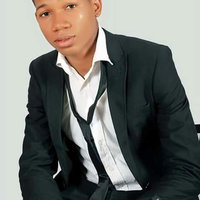 History Of Latin In Great Britain

29% of all English words directly come from the Latin language. Another 29% is made of French words.

But to understand how the English language has evolved from its Latin roots, one must pay a closer look at the History of the British Isles.

Yes, Latin and French make up for almost two-thirds of every word in the language of Shakespeare, but Old Norse, Old English, and Dutch languages also got incorporated.

The reason is simply that Great-Britain's population is made up of many different ethnic groups. After the Roman Empire collapsed, one invasion after another, Saxons, Angles, Norses, Danes, and French came to populate the U.K.

Latin widely disappeared after the Roman Empire left Great Britain and was replaced by Old English. After the 1066 invasion of England by William the Conqueror, the French Duke of Normandy, Norman (a romance language and old version of French) was established as the official court language.

Did you know that studying Latin can help you master French?

It remained so for almost 300 years.

It is true that English grammar has more in common with the Germanic language family than with Latin grammar. But what the Romans left behind, aside from old buildings, fortifications and roads, are ten of thousands of phrases, nouns, verbs and adjectives that are part of everyday English vocabulary.

It is only during the 15th century that Chaucer, a writer, politician and philosopher, started to popularise the use of the common English language to as a literary language rather than just a spoken language.

Even though King Henry VIII broke with Rome and the Catholic Church in 1532, it was not until the accession to the throne of his daughter, Elizabeth I, that the Book of Common Prayer (the first prayer book to be written in English) to be officially recognised by the English Parliament.

The fact that mass was said and read in English put a big blow to Latin, which became even more remote from the ordinary people.

Still, learning Latin remained on the curriculum of all schools, especially if you study religions, philosophy, law or any science related subject.

Latin clung to its status as the language of the lettered people.

Fast forward to 1918, and up until the 1950's, Latin to English translation was two-thirds of the marks of the O-level (former version of the GCSEs) Classics study exam.

Today, translation from Latin or in Latin is only optional and will only account for 25% of the marks maximum.

Find out how learning Latin could help improve your English!

“Classics as an academic subject has lost much of its intellectual force in recent years,” he said, “We have, in GCSE, an exam that insults the intelligence of all but a few of the pupils who make up the independent sector. Recent changes to this exam have by general consent among teachers made the papers even easier. In the AS exam, students are asked questions so straightforward as to verge on the banal.

In the majority of British universities, classics in its traditional form has either disappeared altogether or has been replaced by a course which presents the literature, history and philosophy mainly, or entirely, in translation, i.e. less a degree course in classics than in classical civilisation.”

In 2016, Professor Dennis Hayes, from the University of Derby was calling for Latin and classics to be taught in every primary school with the addition of ancient Greek at the secondary level.

“There's no magic bullet" and that the education community needed to be “careful about putting all eggs in one basket”."There are all kinds of subjects that raise children’s aspirations. That said, Latin, Greek and classical civilisation can be an eye-opener.They offer all kinds of new ways of understanding the modern world as well as the ancient, and they are a wonderful way of exploring foundational literature and ideas, without having to ask the way to the train station in them.”

While the future of Latin in primary and secondary schools will probably subject to fiery debates in the years to come, some Universities and independent schools have been offering Latin classes to local students.

The very prestigious University of Oxford, founded in the 1300's, has been teaching the lingua latina since it was created. To ensure that Latin continues to be studied, the university has been running a program to give state schools pupils access to Latin classes.

Tilly, 14 years old, from Marlow, has been learning Latin and it has had an impact on her broader school performance.

‘It’s a long way to come, but it’s really fun to learn the language, I can relate what we learn in Latin to French and Spanish,’ says Tilly. ‘Without this scheme, I might have struggled more with those languages – and I would’ve had a very boring Saturday!’

Latin won't be to the taste of every pupils and student, but offering the choice and be able to see if the study of Latin and the Greco-Roman civilisation should probably be proposed to more children around the country.

Discover why learning Latin is the key to understanding ancient civilisations...

Latin And The Social Divide

There is a reason you might think that learning Latin is reserved for the elite and the "posh" students.

Sociologues have shown that from the Renaissance period that started in Italy at the end of the 14th century and reached England 150 years later, the use of the Latin language was often reserved to the most lettered people.

The family from the upper classes, bourgeoisie and nobility, used the apprenticeship of ancient languages such as Greek and Latin, as a tool to assert their prestige or rise above the rest of the society.

Learning Latin was a way to reach the top of the social ladder, a fact that was reinforced by the use of Latin as the official language of the Catholic Church.

Around the middle of the 20th century, sciences and mathematics became the most prestigious field of study even though Latin stayed among the options that pupils and students could choose for their exams.

As Latin remain the languages used by scientist, clerics and philosopher for several hundred years, it is not a surprise that it has been taken on more by wealthier families having access to a better education.

When Latin disappeared from the state schools' curriculum, only grammar and independent schools, more selective or expensive, reinforced the feeling that Latin was only reserved to an elite few.

But thanks to the Internet, learning Latin has never been as equalitarian as it is today.

Many websites host forums and offer learning material for free.

To keep the heritage of Latin alive, many initiatives have formed around the globe. If you are still keen on learning Latin you will want to take a look at these:

We believe that teaching extinct languages as we do modern language would be much more beneficial to students. Sit scriptor scire! (Let's learn!)

But while you're learning how to use the Latin declensions, memorise the Latin grammar and start reading texts by Ovid, Cicero or Julius Caesar, your brain's flexibility will definitely improve.

Learning any languages, and especially a language such as Latin, with numerous declension and grammatical cases will force both your brain's hemisphere to do a bit of extra work every day.

It has been proven that the brains of bilingual or multilingual people are much more flexible than the brain of a monolingual person.

Check out this Latin courses on Superprof.

Memory, logic and adaptability are increase as your brain has to translate whatever you read, hear of write in the different language he knows, even if you don't notice it doing it.

Latin is the mother tongue of the Romance Languages, which are part of the Indo-European languages.

It will then be some much easier for you if you want to learn French, Spanish or Italian, to be able to pick up those languages quickly if you know Latin.

Those dialects have 75 to 90% words in common with Latin and share the same grammatical rules, syntax, conjugation and alphabet of course.

Do not be afraid or scared away at the mere mention of learning Latin, but rather try it and see if it fits you.