Guidelines To Acting Classes in Nigeria

BlogArts and HobbiesActingWhat You Need To Know About Acting Classes

People often find themselves in the acting profession without it being a prior desire or childhood dream, let's call it a twist of fate. However, some aspire to be on stage or screen their whole life and eventually fulfil that dream or pursue another career entirely. There are acting school and acting classes available in Nigeria that might help get you into the acting industry.

Some children are lucky to have parents who are interested in their acting desires and take them for auditions. Those are the little children who end up becoming child stars and eventually get better as they grow in the industry.

I've gone through my adolescence on TV so its pretty cringey when i look back on some pictures and scenes, but that's part and parcel of being a child actor and growing up - Kelvin Fletcher

It is never too late to start a career in acting. Absolutely anyone regardless of their background, age and gender can take a drama class or acting lessons.

Search for acting classes in Nigeria 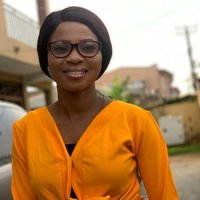 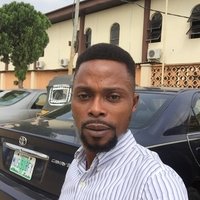 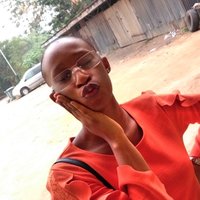 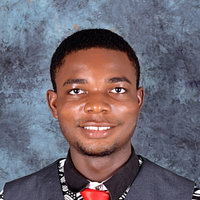 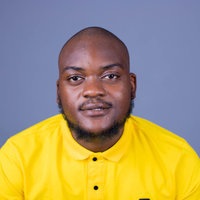 How can I Start An Acting Career?

As earlier stated, some parents have a great influence on the acting career of their children while others might just stumble onto it or know someone in the business, or get spotted by a professional in the industry. However it happens, the journey into the world of acting begins from there.

Enrolling in an acting school is quite essential for the acting job regardless of your profession, age or gender. On the other hand, adult acting classes is a very good idea for an older person who wants to begin an acting career. This will help in the decision making of whether life in front of the camera is part of their dream. It is also one of the cheapest and fastest ways to launch into the industry. Well, if you have now made the decision to go for it, all you have to do is to register for a beginner acting course and start right away.

Payment for acting classes is usually in stages. The duration of each stage is usually about 3-6 months depending on the acting class and acting school. The burden of the tuition fee is not like that of starting an acting course at the university level.

Having this in mind and depending on the kind of training that suits your schedule, hiring an acting coach to tutor you on a one on one basis might be something to consider. An acting coach is someone who would train you by mentoring, give the advice to prepare you for auditions, improve acting and dramatic performances and guide you into taking your acting desires a step further.

Learning how to act is easy if only there is a strong passionate desire for it.

Check out the various improvisational theatre lessons on Superprof.

Location is very important when you desire to be an actor. In Nigeria, you hear of people moving to cities like Lagos, Enugu, Jos, Asaba, and Calabar to pursue their dreams in acting. This is because these states have bigger acting opportunities. In a city like Lagos, there are usually talent hunt shows where aspiring actors can come to showcase their talent. The winner will then be given some sort of financial reward and a movie contract.

''Anyone can get into Nollywood without thinking that one needs to be a genius first or acquire many educational degrees. Nollywood is open to everyone.'' - Entrepreneurs.ng

Who Can Register As A Drama Tutee

The culture trip is a site that will enlighten you on the various theatre companies and persons who continually contribute to the Nigerian theatre scene today.

To be a theatre arts degree holder, an individual must have completed their secondary school education and moved on to the university to study the course. A bachelors degree will be earned after four years of theoretical study and lots of stage/ drama practice.

There are various ways to learn how to act or take acting lessons to train as an actor. Whether you are applying for a professional qualification or just seeking drama lessons or acting classes around your vicinity, it is very important to do your research on acting schools, drama tutors and acting coaches. This will go a long way in helping you find that which is most suitable for you.

Once you have decided on the direction you want to take, you can send in your application or apply for an audition. It is important you know that some auditions will be free while some will attract a fee of like ₦ 5,000 or more or less depending on the company in charge of the audition. Whether or not you are chosen at the end of the audition, expenses and fees will not be refunded. Oh well, these are some of the prices you might have to pay on your journey to stardom.

You should always prepare, practice and rehearse before any monologue, meeting, and audition. Practice to the extent that you have done your best and there is no more you can do. It is also very important you have enough sleep before your audition, so you can appear bright, well and alert.

If it is a theatrical role you are auditioning for, then make sure you have practised your dancing, singing and stage performance skills.

Creativity, originality, and personality are prerequisites needed to be chosen at an audition. So have the boldness to do beyond what you have been taught by your drama tutor or the lessons received during your drama classes.

The National Arts Theatre is the primary centre for the performing arts in Lagos, Nigeria.

It should be noted that absolutely anyone interested in this line can register as a drama student to receive drama lessons. All that is needed to excel in the industry is your passion and skills.

There are several acting options available for newly trained actors. Your passion, artistic skills, acting, and theatrical training are the key factors that will take you places in this field.

There are various options available when it comes to acting classes and workshops to further your acting career. However, we will be paying more attention to the qualifications and experience that over time has been expected from most drama professionals. Its either you take acting or drama classes that focus on these needed skills or you find a private acting tutor who can train you one on one.

Attending a university offering drama courses is a great way of starting your acting career on the media. The duration of the training is usually 4 years of full-time study to give you a background knowledge of the industry and of course, practical classes too. Meanwhile, there are also acting lessons for people who cannot commit full time to a form of educational training because probably they can't afford it, are working or need a flexible class to fit their schedule. The price for acting classes largely depends on whether you are learning with a private tutor, attending a university or an acting academy.

Additionally, the other types of acting courses available are comedy classes, theatrical lessons (more of stage plays coupled with singing and dancing), acting classes for kids, beginners or intermediate-acting classes for both youths and adults or lessons on acting for commercials.

We shall discuss below a couple of courses that are very essential in the acting industry. These are some of what the auditioning panels will be on the lookout for. You are expected to have completed one course or the other during the process of building your acting career. Just remember that to get a breakthrough in Nollywood or the entertainment industry at large, you should take all the necessary steps which of course include taking acting classes as there is a high level of ruthless competition out there.

This technique is quite common among aspiring and successful actors in the Nigerian entertainment industry.

If attending an acting academy or studying acting at the university level is not part of your plans, then this type of class is a very good way to learn all about the industry and the methodology on learning how to act. Classes will differ in style depending on the type of approach the acting coach decides to use. Do your research on the acting classes near you and decide which best suits your style.

Some acting techniques are:

When watching Television programs like Tinsel, you might find it hard to believe there is a level of acting skill needed which is because the actors are all so natural and good at passing the scripted information to their audience. In fact, some of the actors have gone through a level of acting education, drama lessons or acting classes at one point in their acting career.

The Chekhov Acting Technique focuses on the internal problem the character is facing and then expresses the issue in the form of movements.

The Chekhov Technique is an acting approach that you will come across during your training. Michael Chekhov was a student of Stanislavski and his technique has been used by actors like Joke Silva, Julius Agwu, Adesua Etomi, Richard Mofe Damijo.

In this technique, the actor as a human being is seen as a conscious being with thoughts, feelings, impulse and of course someone who has an inner self (soul). The actor physicalizes a character’s need in the form of an external gesture. The Chekhov Technique is a psycho-social approach to acting that focuses on transformation, working with impulse, imagination, and inner and outer movements. With this technique, you can feel the thoughts and emotions of the actor with their body language.

This is another class of high importance to attend. The lessons focus more on the audition process and how to do exceptionally well during the process. Auditioning can make one tense and this is because you are surrounded by unfamiliar faces. A lot will be going through your mind on whether or not your acting skills stand out and are enough to get their attention/interest. Once you have secured the role, you are confident that you're doing something right.

PEFTI Film Institute is an example of a master class in Nigeria that offers courses on the audition technique skills. They have various courses and training open to acting enthusiasts almost every quarterly.

The lessons under this type of technique were formed to help learn your unique selling point, motivate and boost your confidence level, work on your speech and how to present yourself during an audition.

Also, note that acting classes are not just for those wanting a career in the film industry. It is also of great value to those interested in being a casting director, acting instructor, playwright, voice-over actress or actor, a vocal coach, a comedian, screenwriter, costume and makeup, choreography.

If you dream of becoming a famous actor, just go for it. Anyone passionate about their dream can learn how to act.

I am a creative freelancer and fashion designer who loves to travel, explore and meet new people.