Learn the Romantic Languages of Europe through Latin BlogLanguagesLatinIs Latin Extinct or Broken Down into Modern Romance Languages?

The Latin language was originally spoken in Latium, Rome. It was the official language of the Romans many thousand years before it ceased to be the native tongue of any community. Instead, it gave way to new languages found in many modern-day European countries such as Italy, France, Romania, Portugal and Spain.

These languages are called Romance languages and the closest of them to mother Latin is Italian, which is the official language of the Catholic Vatican City.

The fall of Latin as the giant language of Europe came with the fall of Rome, its home, in the 6th century. When Rome lost its charms and the Empire’s clout fizzled out, many countries erstwhile within the grip of the Roman Empire expressed their independence with the gradual disuse of Latin as the official language.

With the fragmentation of the Roman Empire, the romance languages hatched one after the other from the eggs of Vulgar Latin.

Although these Latin offshoots have their peculiarities and have developed their distinct codes and systems with the passage of time, their close affinity with Latin cannot be removed. Even the English language which came from a different language branch reeks of the influence of Latin, especially in its lexicon.

Read on guide to learning Latin. 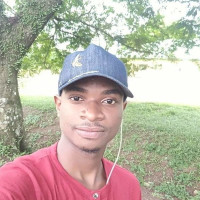 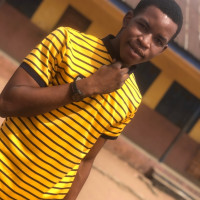 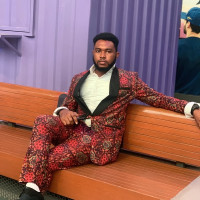 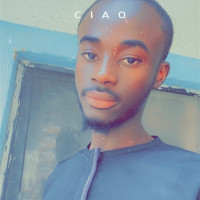 Latin, the Father of All

The Latin language is a very diverse one that keeps bringing us to the discovery of dead or almost dead languages that people may never know had existed. At its prime, Latin was a heavyweight. It was considered the world’s first transnational language, hitchhiking on Soldiers and merchants from the humble region of Latium to the rest of Europe, America, and Africa.

The Romans of antiquity built one of the greatest Empires the human world has ever seen and with it brought a civilisation well unmatched. Since language is part of every civilisation, Latin rose with the Roman Empire even when it grew so extensive and was divided into Western and Eastern Empires.

Latin found great uses in science education and served as a means of scientific communication. You can still find evidence in the names of species and organisms in modern science. It also contributed to the vocabulary used in the field of philosophy and logic, diplomacy, and law.

Spell the word: A-R-G-I-L-L-A-C-E-O-U-S. It is an adjective that qualifies rocks or sediments consisting of or containing clay. It is a word from the Latin word ‘argilla’ which means ‘clay’.

Have you seen the movie ‘Akeelah and the Bee’? Then, the excerpt above must be familiar. No doubt, Latin has its name lofty in the hall of fame of world languages. Think about how often words such as villa, multi, and abdomen are used.

These are Latin derived words that have been weaved into modern English conversations. Should you need to know notable people who learnt or used Latin at one point or another, look up the author of the Harry Potter Series, J.K. Rowling, and the creator of Facebook, Mark Zuckerberg.

In its long run as a global language, Latin achieved so much. That is why it is considered a worthy language to learn even in its death. Particularly for history enthusiasts and learners or those who appreciate the literary works of Cicero, Ovid, Virgil, and their age mates, Latin is a great language to learn.

Now that Latin is gone, several other languages perpetuate its glory. These are languages that came out of their disintegration after the collapse of the prolific Roman Empire.

On their own, these languages have also grown to become international codes of communication and boast hundreds of millions of speakers across the World. From Italian to Romanian, Spanish, Portuguese, and French, Latin lives on but in new names and modern styles — Romance languages.

What Are Romance Languages?

According to Wikipedia, Romance languages are modern languages that evolved from Vulgar Latin between the third and eighth centuries. They are Indo-European sub-Italian languages that are broken off from Latin.

The most widely and commonly spoken Romance languages are Spanish, Portuguese, Italian, Romanian, with French being the most divergent of the Romance languages. Italian is the closest national language to Latin, and the nearest in the Vulgar Latin too, with Spanish following closely behind.

Romance languages are named thus as they owe their existence to the Romans, who are the original owners of Vulgar Latin and who spread it through most of Europe.

Hence, it is safe to say that you will find, at least, one of the Romance languages in every part of the world.

Get details on the history of Latin.

Latium, the spring of Latin, was located in Rome, which, itself, was based In Western Europe. Hence, a lot of the romance languages that came from Vulgar Latin can today be found in many Western European countries, such as France, Spain, and Portugal. Let’s have a look at these languages.

It is not surprising that Italian is the direct descendant of Latin. Why should it be when both are based in the same country, Italy? In Medieval Europe, Latin was the recognised language of literature.

However, not everyone could afford its grace and complexities. While the elite basked in the finesse of pure Latin, commoners across Italy and the rest of Europe established local vernaculars that had better simplicity. With the fall of the Roman Empire in later years.

Italian began to develop from Central Italy, Tuscany and progressed in reach and language richness as time passed.

Spanish came from the many lingos of Vulgar Latin spoken in Iberia, a half-island in southwest Europe.

Its development, Like Italian’s, commenced after the fall of the Roman Western Empire. Spanish also closely resembles Latin with over 70% of its vocabulary derived from Latin. Spanish historian, Ramón Menéndez Pidal, theorised Vulgar Latin morphed into Spanish in Iberia but became standardised in Toledo in about the 13th century.

Comment vas-tu? The French language came from the Vulgar Latin widespread in Gaul, a region that now spans France, Belgium, Luxembourg, some parts of Northern Italy, Germany, most of Switzerland, and the Netherlands. The story of the French language isn’t any different from other romance languages.

The people of Gaul were brought Latin, but they created local versions that were simpler. At that time, the Gaulish language was also existing and together with Latin, the French language found its foot.

Did you know that Portugal is to Spain as Benin is to Nigeria? Yes, such proximity. That explains why the Portuguese also developed from the Vulgar Latin of the Iberian Peninsula.

Upon the collapse of the Roman Empire and following the different invasions that the peninsula witnessed, Portuguese began with the pre-independence Proto-Portuguese and the post-independence Galician-Portuguese. In 1290, the Portuguese assumed official status.

The Only Surviving Romance Language in Eastern Europe

Romanian came from the Vulgar Latin spoken in the Roman territories in Southeastern Europe. Its unpopular sister languages include Istro-Romanian, Aromanian, and Megleno-Romanian.

By the early 18th century, Romanian had established itself as an official language and had found popular use in the Church.

Now that it is clear that Latin birthed the modern Romance languages, you must have realised that learning Latin can help you greatly in learning any of the Neo-Latin languages.

Beyond the social and economic benefits that come with being able to speak these Latin-derived languages, learning Latin — just as learning any other language — will help sharpen your mind, increase your mental alertness, and help you build strong mental muscles that you will be proud of.

We would love you to start learning right away. However, it might be that you enjoyed this article and would love to read more on how Latin got its fame or on why you should study Latin. Whatever it is, Superprof got you covered!