The Best Drummers in the World BlogMusicDrums15 Famous Drummers You Should Know About

Anyone who has ever taken face to face or online drum lessons has dreamed of becoming one of the greatest drummers of all time. They want to influence young jazz drummers just as they were influenced by the bands of their youth, play the drum solo in a metal band and find themselves on the cover of Drummer Magazine.

Superprof is here with a list of famous drummers to provide inspiration to aspiring musicians. 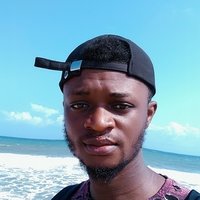 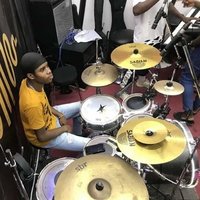 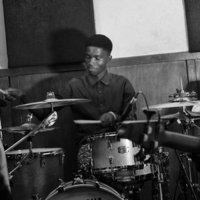 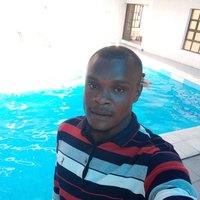 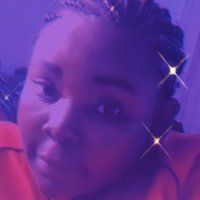 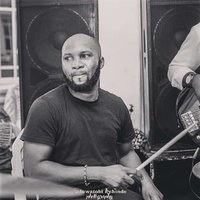 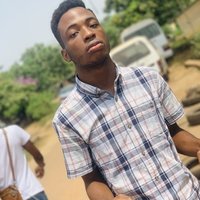 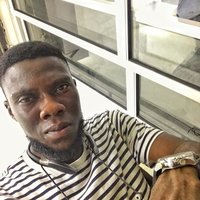 Let’s start with the music that first truly idolised not just the singers in a band, but all the musicians. In classical music, drums were generally part of an orchestra, though for a time flute and drum ensembles were fairly popular. But in the smaller, more percussion-oriented ragtime and Dixieland bands and the invention of the drum kit allowing one musician to play with different tones, pitches and beats, drummers could finally shine.

Gene Krupa was the godfather of show drumming, turning even the most simple accompaniment into a performance. Whether simply giving the rhythm or improvising a drum solo with Benny Goodman’s band, whether drumming big band or jazz or swing, he wasn’t just playing the drums. Krupa was a showman and his style influenced many a modern drummer from jazz-rock to speed metal.

As if that wasn’t enough, Gene helped settle the drum set into the form most commonly used today.

Learn the parts of a drum kit used in music today...

Buddy Rich was self-taught and one of the fastest drummers around. Best known for his jazz drumming, he also played with Frank Sinatra, helped Phil Collins with his hi-hat work, encouraged John Bonham and Bill Ward toward improvisation and was one of the first to do extended drum solos which would later become a staple with rock bands. He has been called the best drummer ever - he was definitely a virtuoso, bringing swing and energy wherever he played.

Well-known for his virtuoso use of drumsticks, Roach also revolutionised the bebop scene in the 1940s by using the ride cymbal to emphasise the beat. He is known for his instinct in finding just the right accompaniment and is considered one of the best jazz drummers of all time.

Amazingly adaptable, DeJohnette could play any jazz style there is, though he had his heyday during the fusion era. He recorded a number of solo albums, but is also known for his drumming with the Miles Davies band. He is still active, with his own band the DeJohnette Group and appearances with a number of other groups.

Best Rock Drummers of All Time

When Led Zeppelin’s first album came out in 1969, rock drumming had been changed forever. Drummer John Bonham had created a sound and drum effects with a single bass drum that most percussionists could not imitate with two. Bonzo, as he was called, was so ucentral to the band’s unique sound that it disbanded after his death in 1980, only sporadically re-uniting for single concerts since then.

Bonham and Led Zeppelin were pioneers, experimenting and blending elements of jazz, blues and even folk music, and are generally considered to have helped form the hard sound that would eventually be called heavy metal.

You too can learn easy drum licks played by the best rock'n'roll drummers!

Keith Moon, the drummer for the Who, was renowned for not doing drum solos. Nor did he see the drum as a background instrument, something to keep the beat. Keith Moon considered the drum the lead instrument of the Who. He more than made up for his lack of precision and consideration for the score with his incredible showmanship and inventive use of drum rolls.

Oddly enough, what attracted the band Rush to Peart were the similarities of his style with Keith Moon’s. But while his energy certainly drove his music, what took it a step further was his precision and craft, both technically sound in every aspect, as well as willingness to experiment. Rush has accompanied his songs with orchestra timpani, temple blocks and electronic drums - Neil chose his instruments to suit the mood of each piece.

Because of his more sedate style, opinions vary about Ringo Starr’s place among the best drummers in the world. Less flamboyant than Keith Moon, the Beatles drummer invested his playing with a lot of feeling and a wonderful sense of just the right flourish of the cymbals or fillip of the drums to make each of their songs memorable. He was also eminently reliable so that each performance was the same as the last. Not showy or flamboyant, but always just right.

Appice first made a splash with the late 1960s psychedelic band Vannila Fudge. Apart from writing The Realistic Rock Drum Method, still used as a textbook for learning drums since it came out in 1972, Carmine also drummed a blues-rock rhythm with the band Cactus and Beck, Bogert & Appice, then with Rod Stewart. His younger brother Vinny played with Dio and Black Sabbath.

Paice is the one member of Deep Purple who has been with them from the start. He plays hard and fast and full of energy and is know for hits such as “Smoke on the Water” and “Hush”.

Though Phil Collins also played jazz, he is best known for being the lead drummer in the Prog-Rock band Genesis. He is widely considered to have been the best drummer of the 1970s, often coming into the studio to support other well-known names. He is known for his “gated snare” drum sound. Nerve damage has forced him to retire as a drummer in 2007 (or has it?), but his legacy lives on.

Learn which drums make up a traditional drum set...

From playing on pillows with snare sticks to contributing to Nirvana’s hard, uncompromising sound, Grohl has truly come up in life.

He is the lead guitarist and main songwriter for the Foo Fighters and still drums for Them Crooked Vultures.

Trained in jazz, Baker started with the band “Cream”. He’s known for his power style, complicated rhythms, energy and showmanship. Ginger spent several years in Nigeria to study African drumming, and his rhythmic style reflects it.

To take drum lessons anywhere in the UK, you only need to head to Superprof!

For some reason, female drummers are not quite as visible as male drummers in rock bands, but a number of women have made their mark in the music world as some of the best drummers around.

A versatile drummer who has worked in jazz drumming and rock, she first rose to prominence drumming for Lenny Kravitz. She has drummed with a variety of bands including Spectrum Road, Sam Rivers and her husband Carlos Santana.

Sheila Escovedo is a well-known drummer, singer and songwriter who had her big break during the eighties. She is best known for her work with Prince.

The percussionist for the blues rock duo The White Stripes, Meg White has a minimalist, flowing style that set a powerful stage for their music. She often sang as well.

Though her career was tragically ended by anorexia, Karen Carpenter was known as a drummer before she was famous as the lead singer of The Carpenters. She was especially admired for her ability to drum and sing and the same time, something that is not easy to do.

Considered as one of the top fifty best drummers in the world, Janet Weiss has played with bands such as The Furies, then got taken on with Sleater-Kinney after an impromptu jam session after one of their shows. She also played for Quasi, the Jicks and Wild Flag.

A session musician not affiliated with any one rock band, Bobby Hall has played with many of the greats, including Stevie Wonder, Bob Dylan, Lynyrd Skynyrd, The Doors and Pink Floyd. She plays a dizzying array of percussion instruments, from congos to congas to tabla to the güiro.

Discover also the history of playing drums through the ages!

Learning From Your Favourite Drummers

Looking at the performances of star drummers is a good way to progress in your craft. Watch music videos or YouTube videos of concerts and pay attention to their technique on the snare drum, their trick for double bass rolls, how they hold their sticks or hit the cymbal.

Of course, part of finding yourself as a musician is finding the moves that are most comfortable for you. But if you try to imitate other drummers, you will get a feel for what works for you and what does not. It will give you ideas for your drum fills and a starting point for elaborating your own style.

Try looking at drummers outside of your own music style. Sometimes certain trends in a genre can lead to bad habits or ignoring a technique that is very common in jazz though it’s rarely done in funk.

Also, finding what you liked or didn’t like in their performance will help you fine-tune your own. You can try recording yourself or having a friend make a movie as you play the drums so you can analyse your own performance the way you did that of your drumming idol.

If you are taking drum lessons London or in Manchester, our Superprof drum tutors will teach you how to emulate your drumming heroes! You can even find drum lessons for kids.