Learn Chemistry from the best

BlogAcademiaChemistryLouis Pasteur and his Work on Vaccine Development

"Wait a minute", you might think. Pasteur? Isn't he that milk guy? The one who discovered that repeatedly heating and cooling milk makes it safer to drink? The one we get the word 'pasteurized' from?

To that, we counter: do you know of anyone famous for the wrong thing?

Think about Gary Glitter or Jimmy Savile. They were a smash hit in the entertainment industry but, today, all we remember them for is their far less savoury activities... and that's if they're remembered at all.

Fortunately, anything unflattering in Louis Pasteur's life neither detracted from his massive successes in science nor our view of him. Still, he's famous for the wrong thing.

So prolific was Pasteur, so wide-ranging his discoveries and contributions to chemistry, biology and eradicating disease that it seems insulting to think of him only as 'the milk guy'.

Especially now, as the resumption of our lives likely depends on a COVID vaccination, it pays for us to know the man who helped develop the process of putting serum into arms.

Come with your Superprof now, as we meet and understand Louis Pasteur. Guaranteed that, after this, you won't think of him as just the milk man anymore! 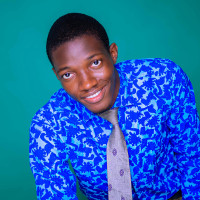 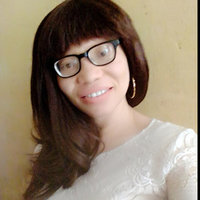 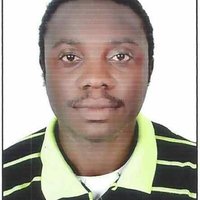 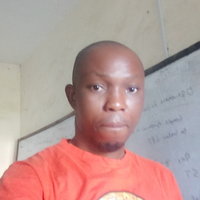 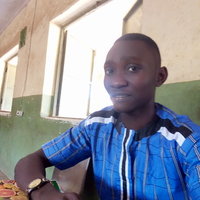 Louis was the third-born in a devout Catholic family in Dole, Jura (France). Gentle of spirit and uninclined toward study, his favourite pursuits were drawing and fishing. He drew many sketches of neighbours, friends and his parents, to whom he was greatly attached.

His father was a tanner, a trade the family had practised for more than 50 years. They were not well off but, because Pasteur Sr was denied more than basic education, he meant to see his son educated and working as a teacher, a profession that would guarantee financial stability.

Louis Pasteur was a mediocre student, at best. Undaunted, his family sent him to Paris to study when he was 16; he returned a month later because he was too homesick. Still, he wanted to fulfil his father's ambitions so he took his place at the Royal College in Besancon.

Side note: that college has a long history and has borne several names, College Louis Pasteur among them. That name was supplanted with College Victor Hugo because, although Pasteur was likely their most famous alumnus, Hugo is that city's native son.

He failed his baccalaureate exam but passed it the next year, earning only poor grades in chemistry. He then applied to France's most prestigious graduate school; again poor marks blocked the way. Another year of studying and another round of examinations yielded better results.

Finally, upon receiving his diploma, he prepared to start his life as a physics professor but, before he could, he was recalled to his alma mater.

Chemist Antoine Balard had recognised his talent for science and wanted to help young Pasteur cultivate it. Working as a lab assistant to Balard, Pasteur began his work as a chemist.

Like many of Pasteur's discoveries, Marie Curie's discovery of radium and polonium were a result of logical thinking.

Unlike other famous chemists whose discoveries may be tainted with scandal or inadvertently attributed to other scientists, Pasteur was accorded full respect and given full credit for his discoveries.

Under Balard's tutelage, Pasteur explored crystallography - the atomic arrangement of crystals. That work led to his discovery of molecular asymmetry which, in turn, proved molecular chirality and decisively explained isomers.

Some historians and scientists contend that these discoveries were the most impactful and profound of all contributions Louis Pasteur made to science. And they were made just as he was starting his career! Diseases, rabies, vaccines and bacteria still lay in his future.

Unlike other scientists who start with a hypothesis and work to prove it, Pasteur took his cues from the unlikeliest of sources. One case in particular involved one of his students' fathers asking him to solve the problem of wine turning sour. He then set about disproving the theory other scientists held that fermentation was caused by decomposition.

And then, after having established that set of facts, he went on to prove that microorganisms spoiled beverages, making wine and milk sour and beer undrinkable. A repeated cycle of heating and cooling killed off those microorganisms and... well, you know the rest of that story.

One of Pasteur's most remarkable conclusions is the elegant Germ Theory of Disease.

Simply put, germ theory states that specific diseases are caused by certain infectious agents or germs. Having already established that microorganisms in drinks cause those beverages to spoil, Pasteur conducted experiments that proved living organisms exist in the air and that they cause disease.

Once again - and typical of Pasteur's work, the experiment was elegant in its simplicity.

Using his familiar method of heating and cooling a liquid, he kept the vessel sealed as the liquid cooled. Testing it after it returned to normal temperature, he found no microorganisms in the liquid. He then reheated the liquid, only this time, he unsealed the bottle, allowing exposure to air as it cooled.

Testing the liquid once it returned to its base temperature, he found it laden with microorganisms, thus proving that the air contained organisms that contaminated the liquid. His research conclusively disproved the doctrine of spontaneous generation.

Besides establishing that sugar decomposes into alcohol and carbonic acid, the process of lactic acid fermentation, and germ theory, Pasteur's work:

Pasteur's attention to minute characteristics gave rise to many of his discoveries much the same way that Rosalind Franklin's painstaking attention to detail uncovered the helical structure of DNA.

Improve yourself with a A level chemistry tutor here on Superprof.

Now well-entrenched into his research and with his Germ Theory widely accepted, Pasteur's research turned to disease prevention.

Before we go on, we should note that Pasteur was a known germaphobe. He refused to shake hands with anyone, even royalty, no matter if he was receiving a prestigious award for his work or meeting a fellow scientist. That makes it easy to understand why he would turn his attention to preventing disease rather than combatting it.

It all started with chickens. A veterinarian sent him some cultures from diseased chickens, which Pasteur cultivated in chicken broth. He then fed it to live chickens but they failed to get sick; the bacteria was too degraded. However, upon reusing those same birds for another round of testing, Pasteur discovered that the birds resisted infection.

As attentive to detail as Pasteur was, so lackadaisical was his assistant.

Nothing happened. The birds did not get sick, nor did they die.

Pasteur himself then injected the birds with a virulent strain of the cholera-causing bacteria. Nothing happened. The birds were immune to the disease. The era of immunization had begun.

He applied his method of weakening bacteria by exposure to air and then injecting cattle, thus immunizing them against anthrax. Further research led to a vaccination against rabies.

Is it unfair that, often, Sir Alexander Fleming gets more credit for his penicillin discovery than Pasteur does as the Father of microbiology?

By the time he was 55 years old, Louis Pasteur was a national hero. His work had saved the European silk industry, prevented epidemics of dreadful diseases and saved cattle from the deadly anthrax bacteria. Could he do anything wrong?

He wasn't always the quiet, kind man he is portrayed to be. Given to fits of temper and arrogance, he would rail against other scientists, sometimes unfairly accusing them of treading on his work. He was dogmatic and affected a negative attitude, and was often inflexible in his views.

He was not the first biologist to study fermentation or conclude that air was necessary to the process. However, perhaps the biggest controversy of his career was his rivalry with Antoine Bechamp, a chemist who started his research into fermentation a full two years before Pasteur did.

Admittedly, in revising his initial conclusions, Bechamp gave his rival time to publish his findings first. Bechamp countered with his own paper, stating that Pasteur had proven nothing new. Taking the feud public set the men on a lifelong rivalry.

A similar feud broke out between Pasteur and former devotee Henri Toussaint over the anthrax vaccine.

A series of strokes weakened Louis Pasteur's body but he continued working. It wasn't until he was 71 that he suffered a final, devastating blow that he couldn't fully recover from. He died on September 28th, 1895.

Jealously guarding his successes until the end, Pasteur ordered that his laboratory notes be kept by his children, never to be shown to anyone. His last male descendant donated them to the French National Library 86 years after his grandfather's death and only because there were no other family members to entrust them to.

Louis Pasteur, like fellow scientist Joseph Priestley, remained singularly focused on his overall goals but, in Priestley's case, that obsession led to his downfall.

Incidentally, he is often better remembered for his contributions to English grammar than the discovery of oxygen, much like Pasteur is better known for pasteurization than vaccines.

Improve yourself with a online chemistry tutor here on Superprof.