Learn Hindi from the best

How To Learn Hindi In India India, home of the Taj Mahal and more than 1.3 million people. Should you decide that you want to spend some time living in India, like almost 32,000 other British expats, you will probably needle to learn at least some Hindi to facilitate your stay.

India is on the rise as a retirement destination for many British Old Age Pensioners and it is especially popular amongst children and grandchildren of Indian immigrants.

About 1 million people, born in the UK from the first or second generation of Indian immigrants, have decided to apply for an Overseas Citizen of India card. This card allows the holder to retain their British nationality while being granted a lifelong full-right visa. It means that OCI card holders can work and stay in India as long as they wish.

But let's not deviate from our business here: Hindi.

Language is complicated in India. The country is a federal nation just like the US or Canada. It comprises 29 states and 7 territories. Although the Republic of India only recognises Hindi written in the Devanagari script and English as official languages, each state has the right and power to legislate on their own official language and so they have.

That is the reason why there are 22 officially acknowledged dialects in India. However, Hindi as the lingua franca is the most used of these languages. About 50% of the population speaks Hindi natively and many more learn Hindi as a second language.

3 of the 7 Indian territories also recognise Hindi as one of their official languages, including Andaman and Nicobar Islands, Dadra and Nagar Haveli and Delhi.

One of the interesting facts is that Hindi and Urdu (another state official language ) are mutually intelligible. It means that even though both writing systems are different, most of the spoken words are exactly the same. If you speak Hindi, you will speak Urdu too! 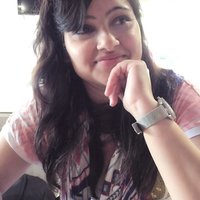 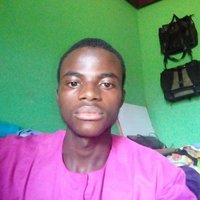 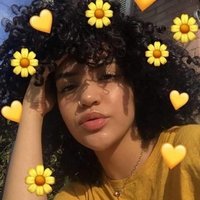 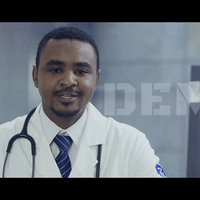 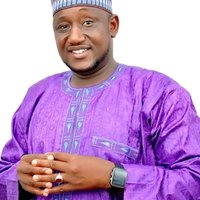 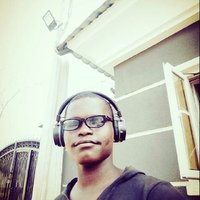 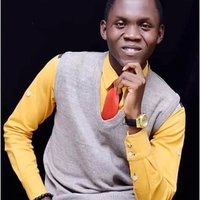 The Benefits of Living in India

In most Westerner's mind, India is synonymous with poverty, pollution and terrible overcrowding in cities.

It is a fair assessment but it is not entirely true. India is changing and changing fast. In 2015 it was estimated that around 12% of the population still lived in poverty (with less than £1.4 a day) but it is a huge drop from the 29.8% that the Deutsche Bank Research estimated in 2009.

India ranks third in terms of economical power after China and the US, it also ranks second in term of population and 5th on the list of the fastest growing economy.

According to the United Nations Department of Economic and Social Affairs, the Indian diaspora has become the largest one in the world ahead of China, with more than 15 million Indian living abroad, albeit a big chunk of them reside in neighbouring Pakistan it is estimated that at least 4.4 million Indian citizens live in the US. Indians overseas are the diaspora which sent the most money back home, with more than $67 billion in 2017.

So you may ask "Why should I move to India?"

Well, one of the first reasons quoted by British expats is money. Indeed companies seeking skilled employees are ready to pay top dollar for them to entice them to make the big move.

According to the HSBC's 2017 Expat Explorer Survey, using responses from 27,000 foreign workers in 159 countries, expats in Bombay (the Indian name for Mumbai) earned an average of £170,693 a year which is much higher than the global average of  recorded by the same survey The global average wage among expats sits at £78,524

Check out these Hindi lessons here.

Most expats quote the low cost of living and the generous personal finance they enjoy while living in India as the top 2 reasons they are expatriated themselves.

For example, a one-bedroom flat in Mumbai or New Delhi will be 75% to 90% cheaper than in London.

This simply reflects the much lower income of Indian employees. If you are on a UK salary, it is likely that you will feel like a king.

A shock is to be expected. According to InterNations, an expat focused research group, about 4 expats out of 10 declare having troubles to adjust to India's culture.

Yet you can count on Indian people's friendless to ease the transition. Internation surveys show that less than 1 expat out of 10 regards attitude towards foreign residents to be unfriendly or hostile.

Indian people will often go out of their way to help you out, especially if you are speaking some Hindi. It is even truer outside Indian big and busy cities where the hustle and bustle seem to dull people's courtesy and kindness.

Like most adults, you will very likely make new friends through your new job but working in India will have different rules than working in the UK. Even though the numbers of hours worked are fairly similar, with 42 for the UK and 46 for India. If you want to know the Do's and Don't that apply to Indian workplaces, check this useful article by the Times Of India.

India is a huge country, 13 times bigger than the UK. Because of its rich history, during which most of the Indian territory was divided into different empires and kingdoms, a huge variety of cuisine emerged throughout the Indian sub-continent.

When India gained its independence from the crown, more than 70 years ago, the country was divided into more than 600 princely states.

Such a divide translated into a tremendous amount of variation when it came to food. You could be in Goa, enjoying a delicious prawn curry for lunch and drive less than 400km and end up savouring some Bisi Bele Bath (spicy rice and lentil saucy dish) in the Karnataka state where it is incredibly popular.

Indian cuisine has not only be influenced by the succession of Hindu and Muslim rulers but also by the presence of European merchants. Goa was a Portuguese colony, Pondicherry, Chandannagar and Yanman were French and most of the rest of India was under direct or indirect British rule for more than three centuries.

As a result, Indian cuisine is one of the most well-loved in the world.

10 Useful Hindi Phrases You Must Know

If you a new learner, you will have to pick up some vocabulary, verbs and grammar before being able to communicate with native speakers.

But while you are still a beginner, memorising a few words and phrases in Hindi could get you a long way with the local and possibly get you out of a pickle.

Like learning any foreign language, Hindi will take patience and practice. Craft some flashcards with Hindi words to boost your memorisation.

You can also take Hindi language lessons to perfect your pronunciation if your job requires you to communicate in Hindi. Lucky for you, many Indians, especially in big cities, will be able to speak  English, at least some, though the level of English fluency drops drastically the further out of the town you go.

Learning the Hindi alphabet or Devanagari will be a bit more complicated and will require much more studying.

Mastering a complicated language like Hindi can be tricky for the native English speaker. As part of the Indo Aryan group of language, Hindi was influenced by Persian, Arabic and Turkic elements.

Leaning a new language always requires to study, that being said for English speaking people, it would be much easier to learn Italian than to learn Hindi.

The best way to progress quickly and reach a conversational level of Hindi is to hire a private tutor. Rather than having you learn by heart the whole Hindi dictionary, a private teacher will introduce to the language of India. Through your tutoring, you will learn the most common words along with Hindi number, increasing your Hindi vocabulary.

It will probably take some time before you are perfectly fluent in Hindi but no one said that learning a language was easy.

But you could use the English subtitles on Bollywood movies to make it fun!

If you are looking for a private tutor in Mumbai, have a look on UrbanPros. The website lists dozens of private tutors that can teach you everything from the rudiments of the Hindi language to Hindi word puns.

Pallavi Singh has become one of the most famous Hindi teachers in the country. Her initiative aims to teach Hindi to foreigners to facilitate their stay and integration within the Indian society. She was a guest speaker at a TEDx event, and she was also the subject of a piece by the BBC.

She recently moves to New Dehli but gets in touch with her and see if you can get lessons with her on Skype. Her students absolutely love her classes!