"I am a Jelly Donut": How to Learn Regional German Words “Ich bin ein Berliner,” President John F. Kennedy assured the population of Berlin on June 26th, 1963 on the anniversary of the beginning of the air bridge to West Berlin, and it is said that everyone laughed. Or not.

“Ich bin Berliner,” would have been correct. This is true. But you can also say “Ich bin ein Berliner” without insinuating you are a jelly donut.

In fact, in Berlin no-one would have thought he was a jelly-filled donut anyway. While most of northern Germany calls them “Berliners”, Berliners don’t. They call them “Pfannkuchen.” Which, in the rest of Germany, means pancake.

The Bavarians snub their noses at both appelations. They would hardly name a yummy delicacy after a “Saupreuß” (Prussian) and they like their pancakes flat like everybody else. So they call them “Krapfen”.

You can take German classes here.

The typical jelly donut has many names. (Photo via VisualHunt)

Learning German is one thing. Speaking it another.

Trying to actually communicate in the field, quite apart from regional accents, only very few places speak pure High German. Hanover and Hamburg frequently spat over who speaks German better, but even Hamburg is influenced by the local language of Schleswig-Holstein, its neighbouring state.

And then there’s Austria, where the language resembles the German spoken in Bavaria (but don’t tell either of them that), but Switzerland always was a special snowflake. 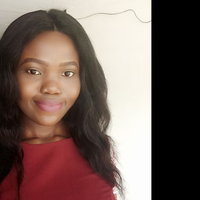 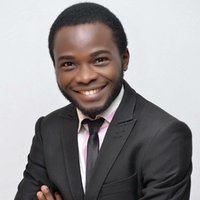 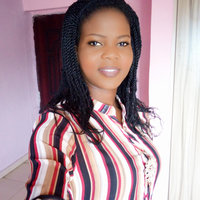 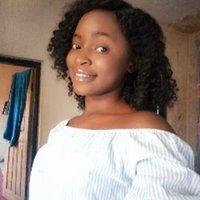 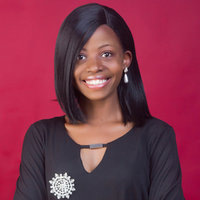 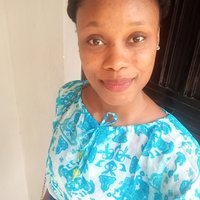 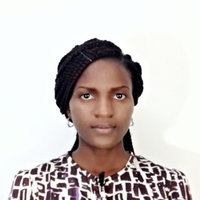 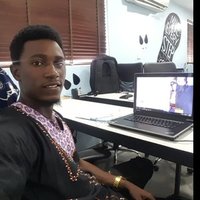 Simply going to the baker’s can be a challenge, even if you avoid jelly donuts. There you are, one Sunday morning, eager for that perennial German breakfast of rolls with cold cuts and cheese and a boiled egg.

You get to the baker’s and, depending on where you’re living, you will have to ask for: "Wecken", "Semmeln","Schrippen", "Laabla", "Weggli" or if you’re very, very lucky, "Brötchen" (little bread).

A map of the use of various words for roll. (Photo: atlas-alltagssprache.de)

And maybe you’re in Northern Germany and eat fish with your breakfast - "Lachs" (salmon) or "Brathering".

To go with that, you might want some horseradish, which in Austrian German is called "Kren" and the rest of Germany call "Meerrettich" (sea turnip).

Then, for lunch, you go shopping for some frankfurters and potato salad (though not on a Sunday, obviously, because everything is closed.).

Frankfurters can be called "Bockwurst", "Frankfurter" or "Wiener Würstchen" (I suppose because full-grown "Würste" can’t come from Vienna), and while in Germany you will be buying "Kartoffeln", in Austria they call them "Erdäpfel" (earth apples, similar to French pommes de terre).

Speaking of regional differences, in the North, you will be making your potato salad with mayonnaise, while in the South you should use oil and vinegar.

And for the evening meal - a nice Knödel (dumpling) with a mushroom sauce. In most of Germany, you will be buying Pilze - Champignons (button mushrooms), perhaps, or Pfifferlinge (chanterelles). But not in Bavaria. There, mushrooms are called Schwammerln, and chanterelles are Reherl.

Maybe you want a roast chicken with that. You will generally be understood if you ask for a Brathähnchen, but your Bavarian Reherl would be eaten with a Hendl in Southern Bavaria and Austria and a Gockel or Gickel in Northern Bavaria, whereas in the northeast you would be looking for a Broiler, in Switzerland for a Poulet (the French word for chicken) to go with your sauce.

Learn how to master the German art of compound nouns here and find German learning apps for taking German lessons on your own in this blog.

Telling the Time in German

I’m getting hungry. Why not invite me (or another friend) to share that delectable meal with you? When setting a time, you might be confronted with such confusing suggestions as “viertel neun” or “halb zehn.”

Find a good online German lessons for beginners on Superprof.

Telling time is not as easy as it looks. Photo via Visualhunt.com

When you were learning to speak German fluently, you have probably learned all the “viertel vor” and “viertel nach” apsects of timekeeping and, if you’re feeling adventurous, might occasionally speak of half nine ("halb neun") for eight-thirty.

But some regions take the division even further. With half-nine being the time halfway to nine, then “dreiviertel neun” is the time three-quarters ("drei Vierteln") of the way to nine, and thus 8:45. “Viertel neun” (without a “vor” or “nach”) is therefore obviously a quarter of the time spent before nine o’clock - 8:15.

But what if its 8:20 or 8:40? Most of Germany will say “zwanzig nach acht”. In Swiss German you would say “zwanzig ab acht”. Former East Germany (and, yes, Bavaria and Austria) thinks that basing yourself on the full hour is boring.

After all, the time is closer to the half hour. So they will say “zehn vor halb neun”, literally “ten (minutes) to half-nine”, so you have ten minutes before being halfway to nine.

The special snowflakes in the East and South will tell you, obviously, that it is ten past half nine (”zehn nach halb acht.”). This site, though in German, has useful little clock diagrams to help you out.

If in doubt, repeat the time back to your interlocutor, asking: “Acht Uhr fünfzehn (8:15)? Acht Uhr vierzig (8:40)?” to make sure you understood them correctly.

Greetrings in the Different Parts of Germany

Hopefully your friends arrive at the appointed time. As a polite host, you will of course be greeting them. “Guten Tag” is acceptable anywhere, but as the suave germanophone that you are, you want to show that you speak the speak. Learn how to spell in German here.

“Hallo” is pretty universal, though in Switzerland you should only use it if you know people quite well. Other choices are:

In Hamburg and northern Schleswig-Holstein and Luxemburg, “Moin” is the general greeting, sometimes doubled ("Moin-Moin") or in its more modern form "Moinsen" (often used by the younger generation).

People from other parts of the German-speaking world are often confused as to why they are being wished a good morning at 4 o’clock in the afternoon, assuming - erroneously as we shall see - that “moin” is a contraction of “Morgen” spoken with a North German accent.

In fact, like many greetings, it is probably the short version of “moin dag”, or good day, in Plattdeutsch, a local language. In Hamburg, you often answer a “Moin!” with a “moin moin”, effectively wishing someone a good good.

This is basically what “Guude” in Norther Rheinland-Pfalz, Hessen und Rheinhessen is - the local dialekt form of “Gute(n Tag)”. In other parts of western Germany, this is shortened instead to “Tach” (Tag).

From Saarland down to Austria, you might be greeted (or left) with a “Servus!” This comes from Latin and basically means at your service. German comedian Michael Bully Herwig popularized it by using it to comic effect in his western parody “Der Shuh des Manitu”.

All the Northern Germans I know react the same way when coming to Bavaria and being greeted for the first time with a “Grüß Gott” (literally, “greet God”): instinctively, all respond: “Wenn ich ihn sehe.” (When I’ll see him.)

However, Bavarians aren’t asking you to go up to God and say hello, rather, they are using an abbreviated form of “grüße dich Gott”, a wish that God should greet - or rather, in this sense, bless you. In Switzerland it is reduced to Gruezi (grüß dich) or Gruessech (grüß euch, plural).

The far West of Germany has been much contaminated (or embellished, depending on your point of view) by the French.

“Salli” is a Baden and Saarland greeting (from the French “salut”) also used in Switzerland, whereas in Luxemburg and Alsace they don’t even pretend and just say “Bonjour”.

This site has many words in regional variations, including greetings, baked goods and words for "village in the middle of nowhere."

Learn German colloquialisms and slang to help you integrate to life in Germany here.

Good-byes are sad in any language, but in German at least you have some choice.

“Auf Widersehen!” is universal and means until we see each other again. If on the telephone, you will sometimes hear “Auf widerhören”, until we hear each other again! and the Swiss German version is “uf widerluege”.

Originally more a thing of the North, nowadays you can part ways with a cheerful “Tschüß!” most anywhere. Take time to learn its different inflections: Tschü-üß for that more cheerful ring, Tschööö in the Rheinland, Tschüssi in East Germany (or what used to be East Germany and is now eastern Germany), and Tschüssle in Swabia.

Its origins probably go back to "adieu (à dieu)" or some variation thereof (such as "adios") in one of the Romance languages, meaning (go) with God, which became "adjüüs" and then "Tschüß".

Careful, "adé" (adieu) is used in German, but nowadays only in the southwest and Switzerland (also "adele"); in the rest of Germany, it is only used when saying farewell to an object or idea: “Ihr kriegt ein Kind?

Another formal variation is "Pfiat God". The full sentence is "Behüte dich/euch/Einer Gott", God protect you.

And then, there is “ba-ba”. “Ba-ba” is often used in Austria and is, quite simply, bye bye.

And on this note: Tschüß, auf Wiedersehen, Pfiaddi, and ba-ba!

Look out for german courses london.